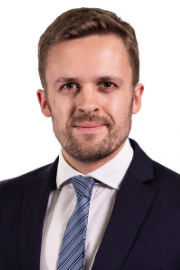 Before moving to the United States from England, Ben worked for two different Member's of Parliament.  First as a Caseworker to Paul Uppal MP based in his district office and then as a Researcher to Chris White MP in his Parliamentary office in Westminster.

Ben also interned at the Leadership Institute for it's President and Founder, Morton Blackwell.

Ben grew up in Dudley, a small industrial region of England. He earned a Batchelor's Degree in Political Science at the University of Birmingham in 2014, and spent much of his free time working at a local cinema.