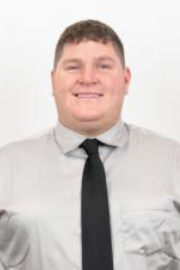 
Ryan Stewart grew up in New Castle, Pennsylvania and obtained a Bachelor’s Degree in Political Science with a minor in Business from Kent State University in Ohio.

Ryan’s interest in politics developed as he saw the successes of President Trump’s administration.

While on campus, Ryan was an active student and a four-year member of the National Society of Leadership and Success. He was also involved in his campus Turning Point USA chapter.

Previously, he interned in Court Administration and lobbied for a local judicial election.

He hopes to gain political experience as a Leadership Institute field representative and then attend law school. After that, he plans to run for local office and make a difference in his community.

Aside from politics, Ryan enjoys watching and playing sports. He also enjoys outdoor activities such as hiking, hunting, and fishing.