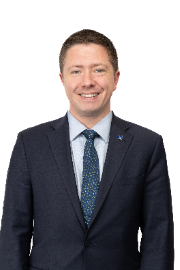 
Matthew Hurtt is the Director of Professional Services at the Leadership Institute.  He is also an internationally-recognized fundraiser, organizer, writer, and public speaker.

For nearly six years, Hurtt worked at Americans for Prosperity & AFP Foundation, where he organized activists across the country around policies that promote prosperity and opportunity.  For three years, Hurtt was the public face of AFP/F's Grassroots Leadership Academy, representing AFP/F at national conferences and other speaking engagements.

Prior to his time at AFP/F, Hurtt raised millions of dollars for conservatives as a copywriter for Response America, a direct mail fundraising firm in Alexandria.  Before that, Matthew managed the campaign of then-State Senator Alex X. Mooney.

In 2009, Matthew joined the Leadership Institute staff as a Regional Field Coordinator, where he identified, recruited, and trained university students in Kentucky, Ohio, Pennsylvania, West Virginia, and his home state of Tennessee.  It was there where Hurtt began teaching grassroots activists how to organize for the conservative candidate or cause of their choice.

Since 2009, he has trained tens of thousands of activists at LI headquarters in Arlington and across the country (and in Canada and Europe).

Hurtt has been published in numerous outlets and has appeared on local, national, and international television and radio as a pro-liberty activist. He resides in Arlington, Virginia.