Morton C. Blackwell
July 8, 2022
A Quarter Million Conservative Grads
The Leadership Institute just trained our 250,000th conservative -- what a thrilling achievement!
That record-breaking LI graduate is named Kellyanna Brooking. She has a remarkable story.
A high school student from Seattle, Washington, Kellyanna is younger than most Leadership Institute graduates. She began to challenge leftism in her high school after she saw that no one else was standing up for her values.
Because she dares to speak out for her conservative principles, Kellyanna faces immense pressure from her classmates. They often threaten her and call her “racist, bigot, transphobic.”
But Kellyanna is undaunted by those attacks.
She signed up for my National Youth Leadership School July 2-3 at the Antonin Scalia Law School at George Mason University in Arlington, VA. She came to learn how to make an even bigger difference in her school and in her community.
Little did Kellyanna know she’d make history!
Here’s a photo of me presenting Kellyanna with a certificate of her graduation. 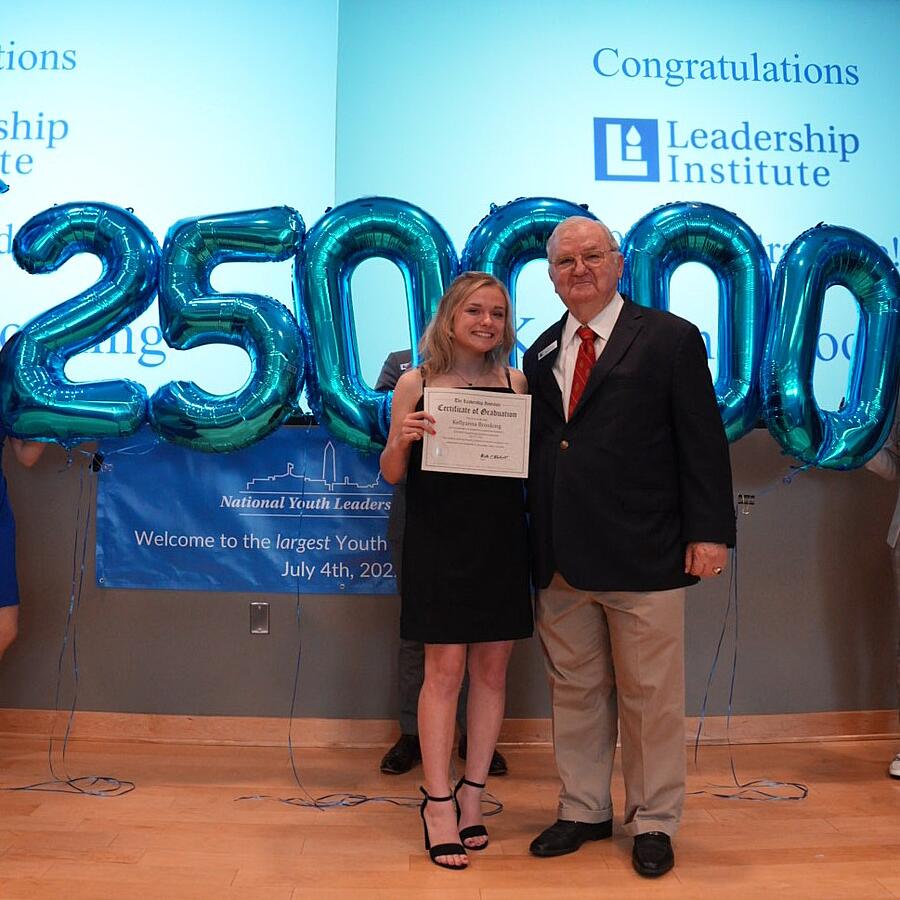