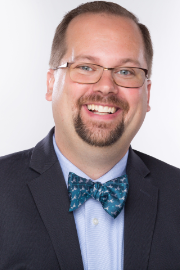 “My town was in desperate need of honest, careful, and principled leadership. So, I put my hat in the ring, ran the race as a local political unknown, and — by God’s grace and a lot of hard work — won a seat on the council.”

I recently interviewed Joel to learn about his background, what drove him to get involved in local politics in Purcellville, Virginia, and his work as Executive Director at Home School Legal Defense Association Action.

I am just a farm kid who doesn’t like farming, has a strong justice streak, and cares about people who are hurting. I grew up in Spokane, Washington, got married in 2004, and now my wife and I have three amazing, rambunctious boys.

I worked in demographic research and got interested in politics back during Newt Gingrich’s Contract with America.  My dad is a local lawyer, and my grandpa was connected with local politics, so I had a ring-side seat to the work of unseating House Speaker Foley. I’ve been involved in the conservative political movement ever since.

Is it true that in the 6th grade you convinced your mother to homeschool you? Could you tell me a little bit about that?

Absolutely! My mom is an awesome lady, though she was a bit intimidated at the idea of homeschooling me.

At the end of 6th grade, I was bored in school, and I asked my mom to homeschool me. She said she thought she wasn’t up to the task. I responded that I would homeschool myself if needed, but I desperately needed to be let out of that school building. We struck a deal, and I never went back. Homeschooling was an incredible advantage for me growing up.

You’re currently the Executive Director at Home School Legal Defense Association Action; tell me a little about that organization and why you decided to get involved.

As a homeschool graduate, I feel privileged to help ensure homeschooling is free and possible for future generations.

What inspired you to run for city council in Purcellville?

It was actually one of my Generation Joshua students, who, as I recall, is also a recipient of Leadership Institute training.

My wonderful little town of Purcellville, VA, went through a cascade of scandals back in 2016, all the way through 2018. Purcellville ended up on the front page of the Washington Post—twice—and not for good reasons. As the scandals mounted and the problems facing the town grew, that student—now my friend—asked to chat with me. He came to my house with the copy of the Washington Post and asked me a question.

He said, “Joel, you talk a lot about how important it is that good people be involved in government, and how if they don’t, bad things happen.”

He continued, “Well, considering the situation that Purcellville is in, is that just something you say, or do you actually believe it?”

It was a blunt challenge, and it wasn’t like I hadn’t put my time in. I’d helped train more than 25,000 students and coordinated political efforts to reach more than eight million voters.

But he was right: my town was in desperate need of honest, careful, and principled leadership. So I put my hat in the ring, ran the race as a local political unknown, and—by God’s grace and a lot of hard work—won a seat on the council.

How did the Leadership Institute (LI) training you received help you in running for public office?

The first LI class I ever took was the Future Candidate School, back in 2008. The class was the crucial step I needed to think about what my life would need to look like in running for office: it gave me the perspective to understand what the commitment of campaigning for office requires.

That was a crucial part of both assembling my team for office (with other LI graduates) and communicating what taking this on would mean for my wife and boys. I couldn’t have done this without their support — and without a clear view of what it would take, we couldn’t have been ready to weather the challenges we faced.

I regularly quote lessons from my LI training to my interns, my policy staff, and myself. I have taken a host of LI classes, and although it does not make me, as the candidate, the expert in every part of my campaign, I understand what each part does, why it is important, and how to prioritize it and discuss every issue with understanding.

I would first tell them that freedom is messy, that we don’t get it right all the time, that we often don’t get it right the first time, but that we never get it right if people don’t engage. I know it seems like engaging our civic—well, I would say “discourse,” but that is too polite a word, so let’s call it our civic “arena” — feels like it’s fraught with peril. And that’s not always a wrong assessment.

It’s messy and dangerous and rather vicious as of late. But in times like these we must engage – because these moments in history are when freedom needs its defenders the most.

If you are ever going to get involved, get involved when the fighting is hot, and the need is dire.

People who work for freedom only during smooth seas and fair winds are, at best, fair-weather friends of freedom. We need people committed to the virtue of freedom — the idea that it is better to be free than unfree, always — and who are willing to stand in support of it. Our country and our future deserve nothing less.

This interview is from the Leadership Institute's Political and Fundraising Monthly Newsletter. When you sign up for this newsletter, you get articles on the latest in politics, interviews like this one, and you'll be the first to know about LI's political and fundraising training opportunities. Don’t miss out! Sign up here.