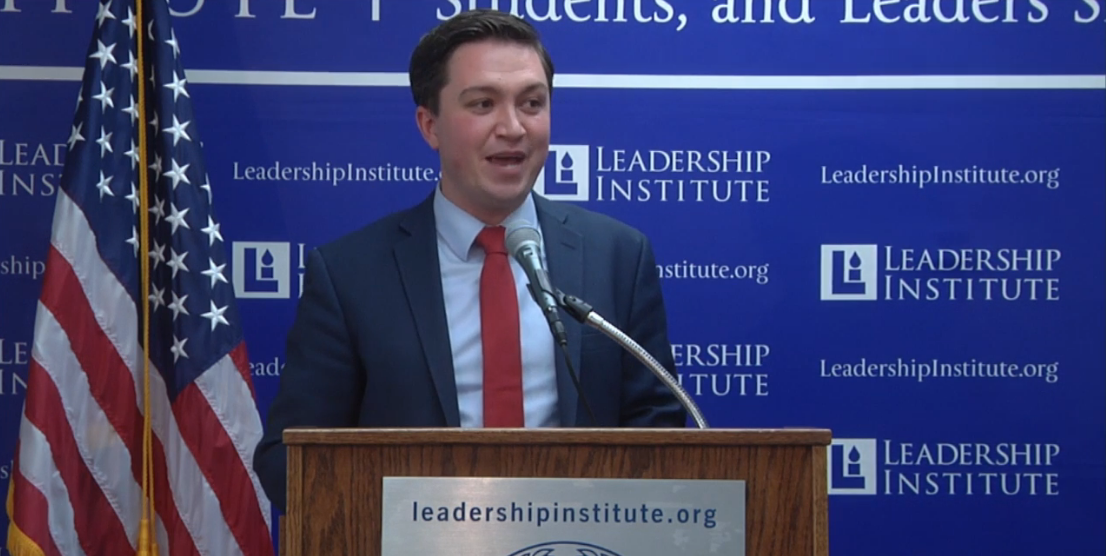 On October 4, Terry Schilling visited the members of the Leadership Institute’s Wednesday Wake-up Club Breakfast to speak frankly about progress in the social conservative movement.

Terry, the Executive Director of the American Principles Project, has worked in many areas of the nonprofit world, including communications, development, and grassroots. An Illinois native, he has worked with several state and local candidates, among them his father, Rep. Bobby Schilling. Addressing the attendees, he spoke from experience in the work he has dedicated to the cause.

He has witnessed how abortion has become more and more acceptable in American culture simply because it has been made legal.

Terry urges those who stand for traditional, conservative values to support and invest in those causes.

“Social conservatives are in danger of losing everything, and it’s because we’ve abdicated our duty and responsibility to invest in politics,” Terry said.

For too long, the right has merely defended themselves against attacks from the left. Social conservatives must do more than educate themselves and vote. It is their duty to play offense and invest in the future of the conservative movement to maintain the traditional values held dear.

He parts with impactful words, saying, “Not only can we win, but we must win in politics because the future of America depends on it.”

Leadership Institute’s Wednesday Wake-up Club Breakfast hosts conservative speakers and attendees for breakfast on the first Wednesday of each month.  To become a breakfast club member, visit this link.