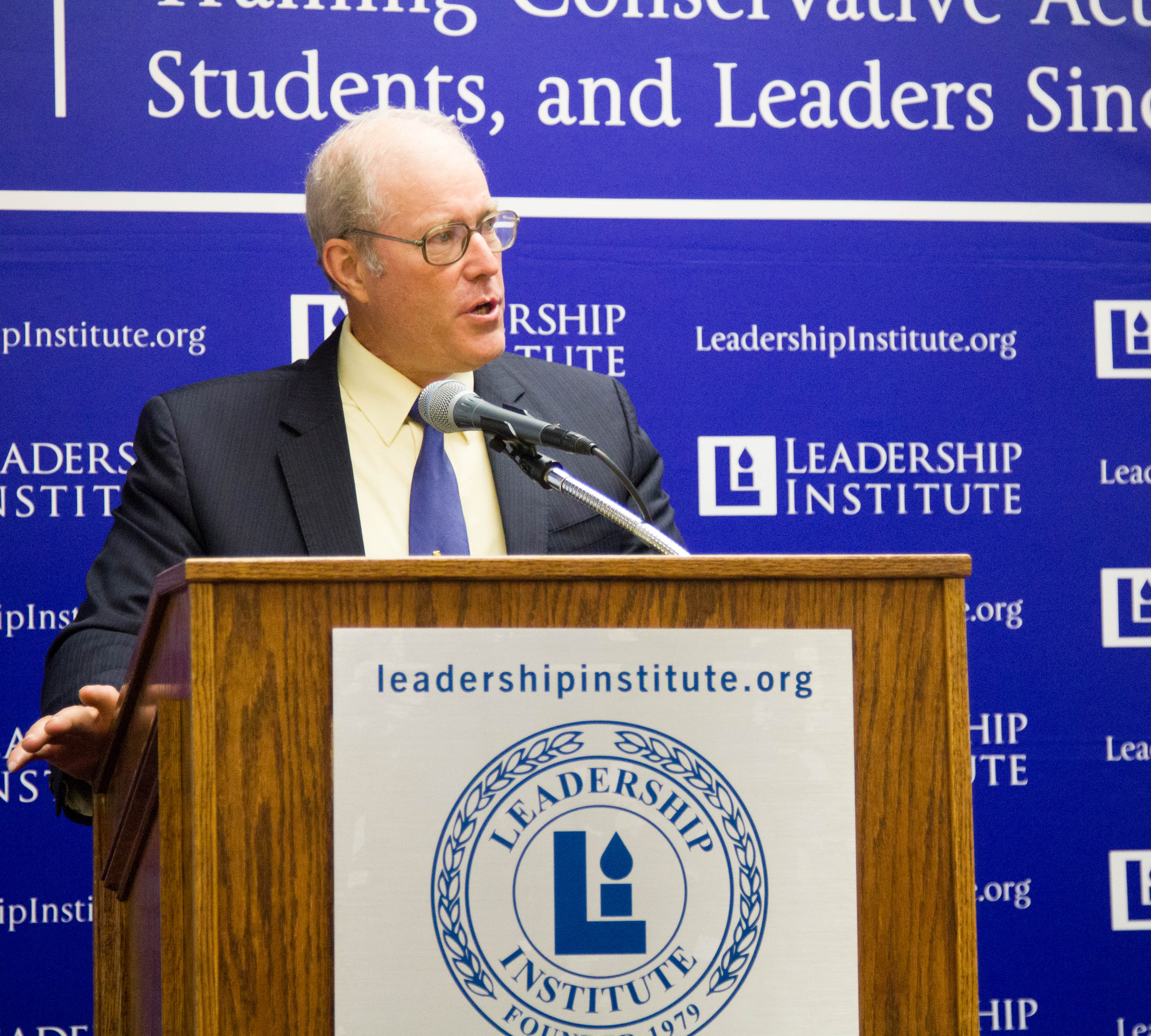 He shared stories about his own issues with government intervention as a small-scale Virginia farmer.

“Food, the water we drink, and the air we breathe are in common.” Often, conservatives and libertarians focus on individualism, but Joel, co-owner of Polyface Farm, argues that food freedom and the danger of government intervention in small farms and businesses is of concern to us all.

He shared one story about a time when friends and neighbors urged Joel to create and sell what he called “Polyface hot pockets” or meat pies made from livestock on his farm. When the inspectors discovered he didn’t have a bathroom in the industrial kitchen designed to make the hot pockets, he was told he couldn’t sell them at all.

Joel explains, “Whenever a regulatory context is prejudicial against ‘small,’ it is a bad regulation.” He has a product, and consumers who are willing to buy the product, but government regulations halt progress in its tracks by forcing him -- a small business owner -- to build a $30,000 bathroom.

Joel witnesses firsthand how regulations discourage entrepreneurial spirit and keep consumer-desired products out of the market.

Watch Joel’s entire talk here and join us at our next breakfast with Terry Schilling, the executive director of American Principles Project, on October 4.