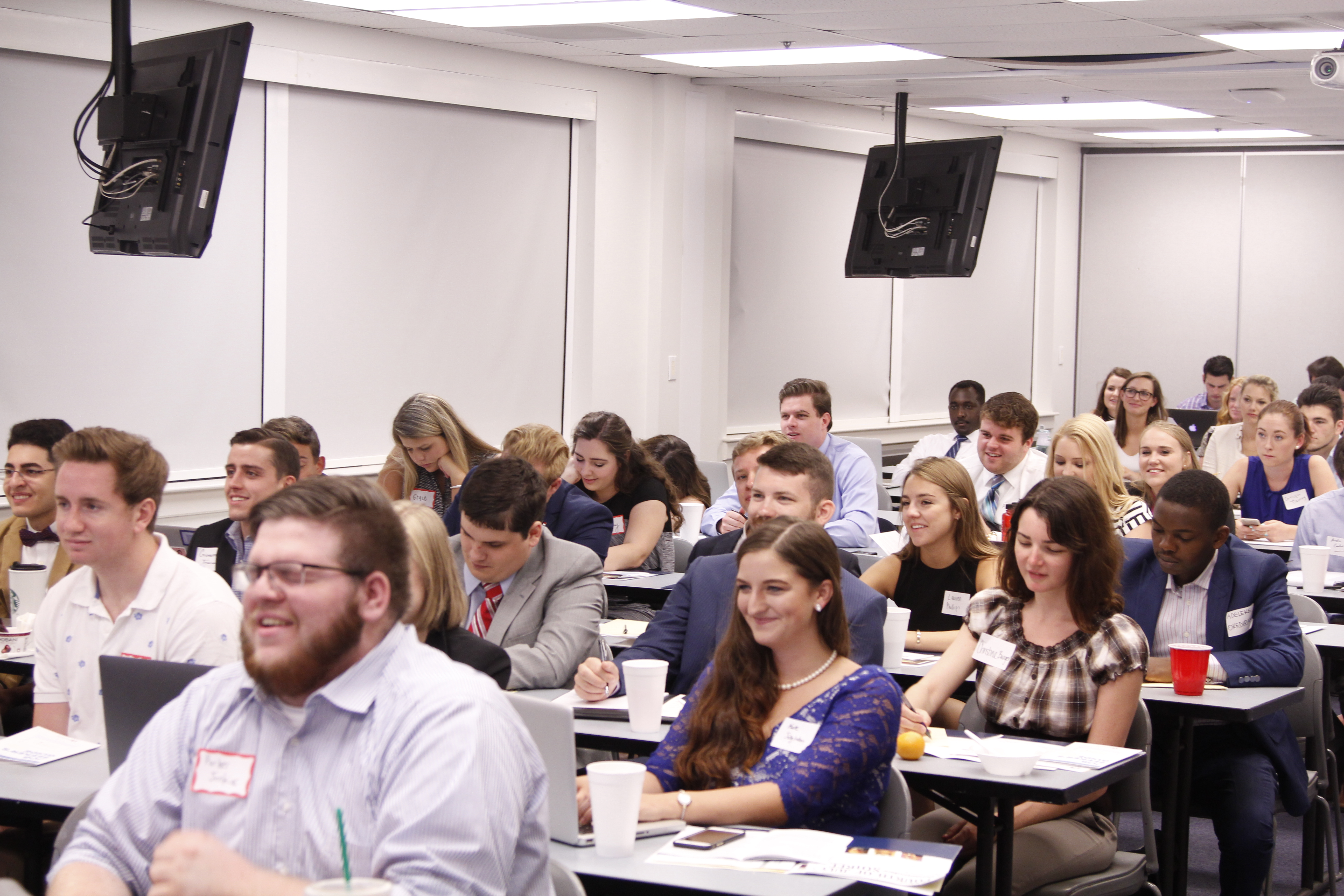 The 94 interns who attended, representing the White House, Congress, FreedomWorks, Young American’s for Liberty, and more than 32 other organizations.  They learned how to make the most of their internships in DC beyond simply showing up to work every day.

These interns learned from Steve Sutton, the Leadership Institute’s Vice President of Development, about his method of impressing supervisors by understanding the philosophy and politics surrounding their roles.  Next, the Young Americans for Liberty Director of Mobilization Justin Greiss spoke about how to best highlight their experiences by writing clean and consistent resumes.  Justin also talked about the best way to communicate enthusiasm to potential employers by writing outstanding cover letters.

During lunch, participants networked with each other and learned about new organizations.  Dante Kari, an intern in the Leadership Institute’s Youth Leadership School was especially excited to meet with other interns. “I met folks interning for conservative organizations I didn’t even know existed,” he said.

Next, the Leadership Institute’s Director of Digital Training, Abigail Alger, spoke about how to reach savings goals while living in as expensive a city as D.C.

Andrew Magloughlin, the Economic Research Intern at FreedomWorks, said, “I learned how to apply my philosophy of fiscal conservatism to my own expenses and goals while flourishing.”

Following Abby’s presentation, the Leadership Institute’s Stephen Rowe spoke about Social Media Branding.  He taught attendees how to draw attention to their digital profiles in pursuit of full-time employment. 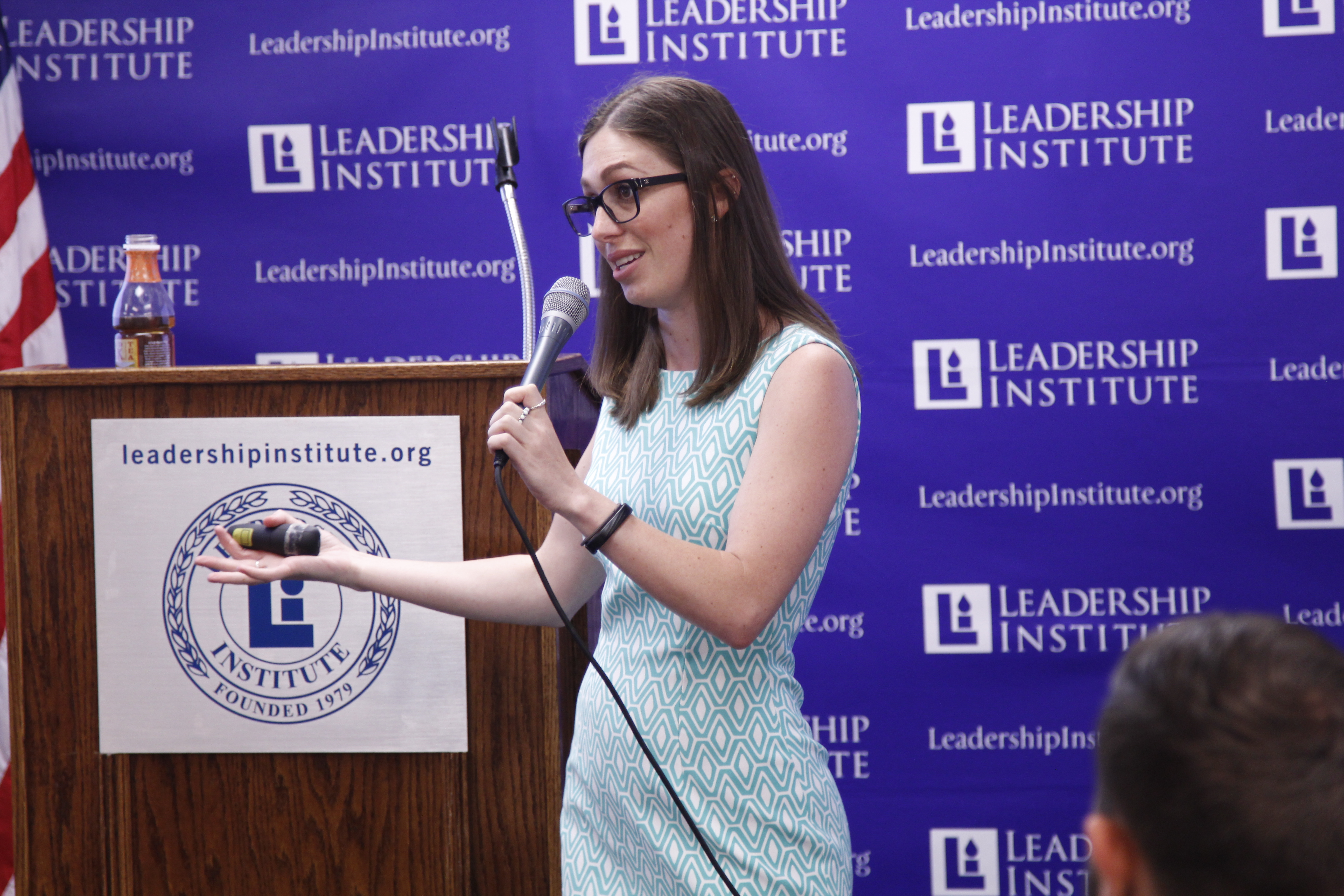 The training continued with Networking to Find Jobs, a lecture from Lauren Bouton, a Public Policy Associate at Facebook.  The interns found this information particularly useful because it emphasized that the point of networking is to meet and make meaningful connections with other interns.

Katie Wilson the Leadership Institute’s Technology Intern said, “I had no idea that it was acceptable to end a conversation with someone if it’s gone on a bit too long!  I really needed clarification on that point.  Now I know that the point of networking is to meet many people!” 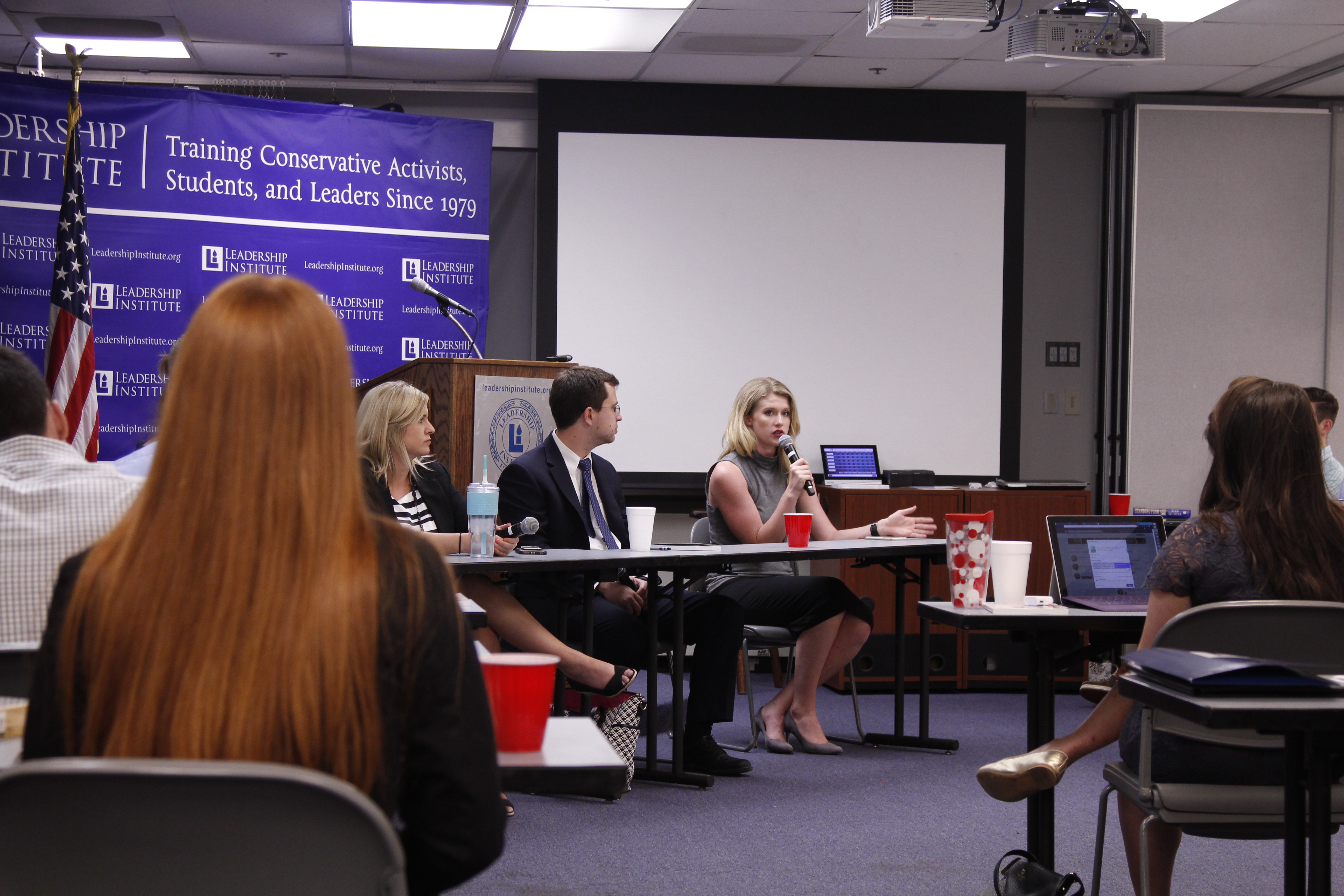 Giovanni Triana, an intern for the American Legislative Exchange Council said, “The Job Seeking and Networking Panel at the Leadership Institute's Conservative Intern Workshop played a significant role in preparing me to be bold and effective in my outreach efforts.  I learned tips and techniques from the experts themselves and I can honestly say that I am more confident in the way I approach networking after hearing from the seasoned panelists.”

The day ended with a complimentary headshot photo shoot at Leadership Institute in the Steven P. J. Wood Building lobby.

Attendees said the Conservative Intern Workshop was an extremely valuable training.  Sarah Persichetti, an intern for In Defense of Christians, said, “Everyone that LI brought in to speak to us was so knowledgeable and passionate!  I could really tell they were dedicated to helping conservative interns navigate the intimidating world of networking and professionalism.”

The Leadership Institute’s Career Service Department will hold its next event on July 11.  To register for the Professional Development Workshop please follow the link here.