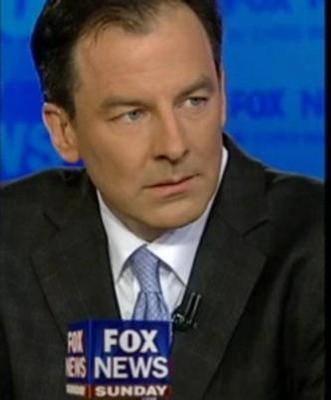 Meet Rick Tyler, the Director of Core Schools at the Leadership Institute (LI). He is also a thought-provoking Political Analyst for the MSNBC Cable News Network offering a conservative perspective to unfolding political events.

As a professional political strategist, Rick has helped hundreds of candidates prepare for the rigors of campaigning for public office.  He is Co-Founder of Foundry Strategies, a strategic, communications firm specializing in helping candidates and campaigns hone their communications skills.

Rick was the National Spokesperson for U.S. Senator Ted Cruz’s presidential campaign. In the 2012 election cycle, Rick was a senior advisor and spokesman to the Winning Our Future PAC, a pro-Newt Gingrich for President Super PAC.  Prior to joining the PAC, Rick was a key member of the former House Speaker’s team for more than a decade serving as Gingrich’s advisor and spokesperson.

I interviewed Rick to hear more about his background and draw on his vast political experience.

Can you tell me a bit about yourself and your background?

I came out of the hospitality industry working in hotels and restaurants. I started my political career when I volunteered for the gubernatorial campaign of the mother of one of the waitresses in a restaurant where I worked in coastal Maine.

I’ve worked in politics ever since.

I’ve worked on campaigns. For five years, I was the executive director of the Maine Republican Party. In that position, I engaged GOPAC to come to Maine and conduct political training for our House and Senate candidates. Soon after, I became a political trainer for GOPAC teaching all over the country.

For more than a decade, I trained thousands of candidates and activists to win elections including three trips over six years to train California Republican Assembly members at the request of then-leader Kevin McCarthy.

You were the national spokesman for Ted Cruz for President as well as a personal advisor and spokesman for Newt Gingrich. What motivated you to work for these men?

In 1994, I was just getting started in politics, but it was Newt Gingrich who grabbed my attention when he organized the Republican Party with a Contract with America that led to the Republicans gaining the majority both in the House and the Senate for the first time in 40 years.

I followed him closely. When the opportunity came to meet his closest advisor, Joe Gaylord, I made clear my desire to work in what was then affectionately known as Newt-world.

I had never met Senator Cruz when the call came asking me to work on his presidential campaign. But I soon met him, and we hit it off immediately. In Newt’s case, I was motivated to work for him because he was a leader with a proven track-record having seized the speakership; in Cruz’ case, because he had the potential of a future conservative leader.

Are there any insightful stories that you can share from your time working on campaigns or with candidates?

Everyone has a story. The key to developing a great candidate is telling their unique story that is relatable to voters.

I have found that most candidates are bored by their own story because, well, it is their story. But people are fascinated with stories. Our stories connect us to the hearts of voters, not only getting them to like us. That will inoculate you as a candidate from criticism.

We tend to defend people with whom we have made an emotional connection.

Stories allow voters to know what the candidate is about and their character. This provides a solid foundation for putting their trust in that candidate.

So, developing the candidate’s story and personal brand is the most important part of a successful candidacy.

You are the Director of Core Schools here at the Leadership Institute (LI). Tell us a bit about your position.

My main goal as the Director of Core Schools was to create the Campaign Leadership College (CLC) as the most comprehensive course LI has ever offered. The purpose of the course is to develop campaign leaders who work at the senior level of campaigns for conservative candidates.

For a candidate, being conservative is not enough. You must have experienced people to run a winning campaign.

What is, in your opinion, the most valuable Political and Fundraising training, workshop, or school someone can take here at LI?

I think that all depends upon what your goals are. LI offers so many quality programs from the Youth Leadership School, to the Conservative Organizational Entrepreneur, to the Campaign Leadership College.

However, I would say that everyone should take the public speaking course because even if you don’t plan to become a public speaker, having the ability to communicate your ideas in a clear and persuasive manner will help you in any career goal.

If you’re interested in the Campaign Leadership College, Public Speaking Workshop, or any other Leadership Institute training, visit LeadershipInstitute.org/Training to explore your options.