Scott is a conservative activist who became known for organizing volunteer trash cleanups in Baltimore, Los Angeles, and other major cities. He travels the country to organize conservatives and break stereotypes of them at the hyper-local level.

Scott is a Reagan Award-winning activist recognized by the American Conservative Union, and has received wide acclaim across the country. 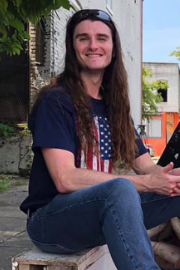