A couple of the offices in the Arkansas Republican Party that Jim has held include:

* Washington County Chairman.  In his tenure as chairman, WCRC grew from an organization of 15-20 people to an active group of 256 in what was considered a Democratic stronghold.  Under Jim's leadership, they tripled the State offices held by Republicans and took over the Washington County Courthouse.

Jim Reavis makes his home in Fayetteville, Arkansas (home of the Razorbacks). He owns a Home Remodel and Building business in North West Arkansas. 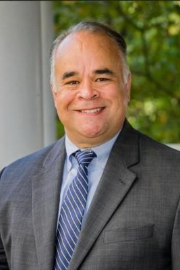