Rep. Kelly Fajardo was born and raised in New Mexico and was first elected to represent District 7 at the New Mexico Legislature in 2012. In November 2014, she was voted into leadership by her colleagues and served as caucus chair for the House Republicans.

During Fajardo’s time as a legislator, her main focus has been on New Mexico families and working with the Children, Youth and Families Department (CYFD) bringing the first ever Child Advocacy Center to Valencia County.

Rep. Fajardo currently sits on the House Appropriations Committee as well as the House Transportation Committee. Representative Fajardo also serves on the Cyber Security Task Force for the National Association of State Legislators as well as co-chair of the Communications, Financial Services, and Interstate Commerce. Rep. Fajardo was recognized in 2017 by the Albuquerque Chamber of Commerce for her work with children and in trying to reform New Mexico’s Capital Outlay Reform system.  In 2018 she received the Women of Influence Award by Albuquerque Business First.

As a small business owner and mother to 3 boys, Representative Fajardo has made protecting our children and improving the lives of those in her district as her top priority. 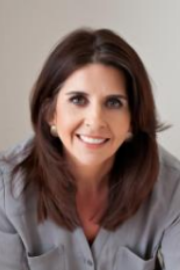