Emily Lampkin -  Staff and Faculty at the Leadership Institute

A consummate Washington insider, Emily Kertz Lampkin is a seasoned campaign professional and public affairs specialist focusing on strategic communications and issue management. With more than 15 years of experience providing strategic guidance to executives at the highest levels of government and private industry, Lampkin brings a wealth of experience in issue advocacy, grassroots and national politics, project management and communications.

Her experiences, her tenacity, and her approach have earned her the respect and trust of those with whom and for whom she has worked – creating an unmatched force of contacts, understanding, and expertise that have made her an invaluable asset to her clients in public policy and political campaigns.

Before founding the Lampkin Group in 2011, she was a partner at the DCI Group, where she managed public affairs for a wide variety of clients, from Fortune 100 companies to small trade associations. Her work included managing external communications and strategy for one of the largest corporate mergers in history, community relations campaigns for complex local issues, reputation and brand-building campaigns for small- and medium-sized trade associations, and building a coalition that brought diverse industry leaders together for the first time to effectively support policy issues of mutual benefit.

A veteran of the education reform movement, Lampkin served as Deputy Chief of Staff for Strategy and senior advisor to U.S. Secretary of Education Margaret Spellings, for whom she managed congressional relations, communications, and intergovernmental affairs.

Previously, she created and managed a nationwide public affairs effort to promote No Child Left Behind, one of President Bush’s signature domestic achievements. Lampkin’s issue portfolio extends well beyond education and domestic policy issues: She also served as the Deputy Director of Public Affairs at the U.S. Department of Commerce, where she developed and managed communications plans across the agency, including for administration priorities such as Trade Promotion Authority and the 2002 steel tariff measure.

Lampkin sharpened her political communications skills working for numerous national, state and local campaigns. In early 1999, she joined the Bush for President campaign, where she served in a number of communications roles: first as the regional communications coordinator for 10 Midwestern states; later as Vice President Cheney’s traveling press aide; and then managing surrogate and communications efforts in Broward County during the Florida recount. She has an extensive background in grassroots campaigning both from the national level at a campaign committee to the local level managing advocacy campaigns on the ground in-state. She cut her teeth in politics working for some of the most efficacious grassroots leaders in the country.

Lampkin has provided public affairs commentary on television and radio, both as a guest and a host. A passionate advocate for education reform, she is dedicated to mentoring young people, especially young women, beginning their careers in Washington.  A Missouri native and proud graduate of the University of Missouri, she and her husband, Marc Lampkin, reside in Virginia with their young children. 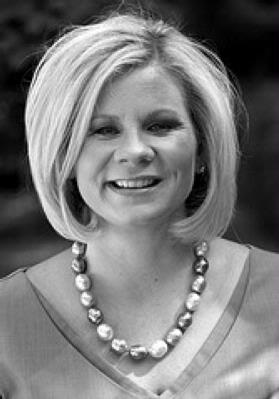