You will be coached through two rounds of mock interviews while receiving personal feedback on how to better tailor your appearance and message delivery for TV.

Individuals who attend the On-Camera Workshop receive a copy of their footage.

Class size is limited to six people to maximize your time on camera.

This is an Online Zoom Webinar. Camera required.

*Ask about student and group rates.
*Workshop start is in Eastern Time (ET)

"The Leadership Institute's hands-on approach was a valuable introduction to the rapid-fire interviews of broadcast journalism. LI gave me some of the tools I needed to adjust to this pressure cooker side of politics" 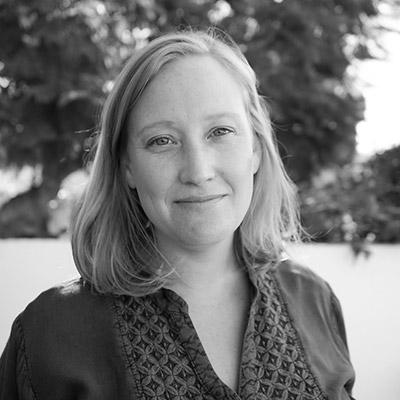 Molly Thrasher has been helping people tell their story since before “story” was a buzz word. Molly started her career as a Video/Television Producer with clients such as former NFL players, trade associations, and non-profits. She also wrote and directed a documentary on the history of Bluegrass music in Washington, D.C.

Molly turned her attention to politics and ran communications on regional and national campaigns for both Republican and Democratic candidates. For several years, she worked within city hall managing the relationship between the University of Arizona and the historical neighborhoods surrounding downtown Tucson. She also launched a non-profit in 2010, Try Freedom Stories, to help local organizations to tell their stories of innovative solutions to social issue problems.

From 2014-2018, Molly lived and worked in Melbourne, Australia. There she managed public relations, communications, and development projects for the Melbourne School of Government, a collaborative center with academics, former politicians, and community leaders working together on relevant and impactful research. She is currently the Director of Strategic Communications at District Media Group.

Molly holds a Bachelor's Degree from the University of Colorado, Boulder and a Masters in Communications from American University. She lives in Orange County, California with her Philosopher husband, toddler, and a menagerie of rescue animals.