Are you new to the workforce? The Leadership Institute's Career Services team offers free monthly webinars as a part of the Professional Development Series. The series consists of training geared towards improving your professional skill set and learning how to stand out in the workplace.
Training topics cover: 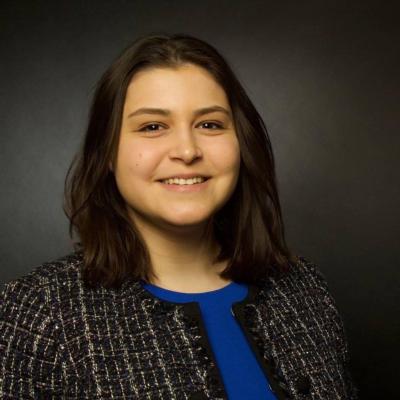 Victoria Snitsar Churchill is a proud immigrant and naturalized U.S. citizen with a decade of experience in grassroots politics and community organizing. Her writing has been featured in many online publications, including Real Clear Markets, The Daily Torch, and The Daily Signal.

Victoria leveraged her role as the Kansas Correspondent to get published in media outlets such as TIME Magazine, Washington Post Magazine, The Blaze, and on NRATV.

In addition to sharpening her writing skills and building a national profile, Victoria also served as State Chairman for the Kansas College Republicans and the Network of Enlightened Women (NeW). She even competed as an NCAA D1 student-athlete.

Before joining LI as an intern, Victoria was the Communications Director for Steve Watkins in KS-02. She helped her candidate win a six-way Republican Primary, and a general election by a razor-thin margin in a nationally-targeted Congressional campaign. Victoria handled the campaign's social and earned media and was a campaign spokesperson.

In addition to the YLS, Victoria has attended 35 additional Leadership Institute trainings, including the Campaign Management School, the Capitol Hill Staff Training School, and a number of communications trainings that helped her develop as both a writer and pundit.

She credits David Blair with helping her land a job as a Field Organizer for Trump Victory and the Republican Party of Iowa in 2020.

Victoria is now the writer and digital content editor for the Virginia Republican Standard as well as American Liberty News, an upstart news agency that covers American culture and politics. Much of Victoria's coverage centers on Virginia politics and the 2nd Amendment.