"I'm a small-town kid who grew up with a cornfield in the back yard and dreaming of serving my country in public office." Vice President Mike Pence

The Candidate Development Workshop is designed to build on the Campaign Management Workshop. The program helps current and prospective candidates identify the steps needed to run a successful campaign.

The workshop focuses on personal and political preparation for future service as an elected official and community leader. Additional on-demand content, which complements this material, is available to program enrollees.

Ideal attendees for the Candidate Development Workshop are individuals who are looking to become more politically active. Candidates, campaign staff, and volunteers involved at any level should attend.

Attendees will learn how to:
• Decide if they are ready to run
• Organize a campaign staff and structure
• Raise funds
• Work with the media
• Communicate with voters 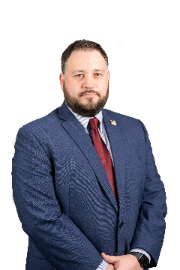 Charlie O'Neill is the Grassroots Programs Coordinator for the Leadership Institute. He has spent over a decade working in politics, public policy, and communications. Prior to working at the Leadership Institute, he worked as Deputy Executive Director at the Republican Party of Pennsylvania. He also has served as a Legislative Liaison in Governor Tom Corbett's Administration in two agencies, served as a staffer in PA State Senate, and managed campaigns from School Board to Congress across Pennsylvania.

Had it not been for a shared love of baseball, Charlie's career may have taken a different trajectory. In 2009, he landed an interview to be a Congressional Intern while attending Catholic University in Washington DC, in the office of the late Congressman Howard Coble. He made a lifelong friend discussing baseball, and a hatred of the Washington Nationals, with the Congressman's Orioles fan chief of staff. As a Phillies fan, born and raised in Northeast Philadelphia, his accent did not fit in, but his work ethic did. After several years in the office, through networking on the Hill, he started working for the Republican Governor's Association. Connections from RGA led him back to his home state of Pennsylvania, where he has lived since 2012.

When not volunteering for the local county committee, where he has held Committeeman, and Vice-Chair positions, Charlie and his fiancé Kelly enjoys hiking, relaxing in the back yard, and spending time with family at the Jersey Shore along with their miniature Australian Shepherd, Ted.