Project Management and Bottom-Up Leadership is the study of leadership and followership and the importance of the dynamic relationship between managers and their direct reports. Followership is critical to each individual's leadership development.
Specific topics include authority, power, leadership, managing up, decision making, communication, effective vs efficient, virtue, trust, managing indecision, debate and the influence of the individual contributor gained through anticipating.
This course is designed to examine the responsibilities of leaders and the dignity of followers. CSW will center on subsidiarity: how followers earn it and how managers implement.
Course Goals:
When you complete the course, you should have confidence in your ability to,
1) Anticipate what the organization needs,
2) Manage your manager,
3) Know how to control what you do and when you do it.
4) Define To Lead: Motivation and communication conflict and negotiation; managing change; and management development; interpersonal skills; understanding of human behavior in organizations and management across cultures.
This is the page for in-person attendance. To attend online please go to the page HERE. 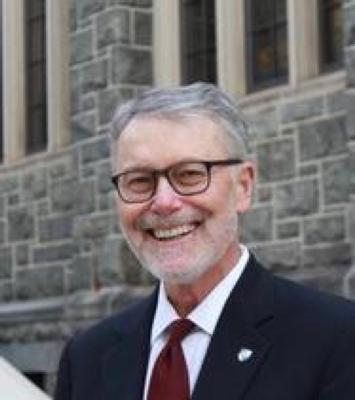 Founder of Management Training of DC

John Wesley (Jack) Yoest Jr., is an Assistant Professor of Practice in Leadership & Management at The Catholic University of America and guest lecturer at the Leadership Institute. Professor Yoest is a senior business mentor in high-technology, medicine, government and operations research.

He sits as the Public Member of the Foreign Service Officer Promotion Board for the US Department of State. He conducts management and staff training for Members of Congress.

His expertise includes management training and development, operations, sales, and marketing studies. He has worked with clients in across the USA, India and East Asia (China).

Professor Yoest is the author of The Memo published by Post Hill Press distributed by Simon & Schuster. He has been published by Scripps-Howard, FOX News, National Review Online, The Business Monthly, The Women's Quarterly and other outlets. He was a columnist for Small Business Trends, and The Stream.

He is a member of the President Reagan Alumni Association. Yoest received a Fellowship from The Aspen Institute.

Professor Yoest served as a gubernatorial appointee in the Administration of Governor James Gilmore in the Commonwealth of Virginia. During his tenure in state government, he acted as the Chief Technology Officer for the Secretary of Health and Human Resources where he was responsible for the successful Year 2000 (Y2K) conversion for the 16,000-employee unit. He also served as the Assistant Secretary for Health and Human Resources, acting as the Chief Operating Officer of the $5 billion budget.

And he also served as President of Computer Applications Development and Integration (CADI), the premier provider of software solutions for the criminal justice market.

Professor Yoest served with Menlo Care, a start-up medical device manufacturer. While at Menlo Care, he was a part of the team that moved sales from zero to over $12 million that resulted in a buy-out by a medical division of Johnson & Johnson.

Professor Yoest is a former Captain in the United States Army having served in Combat Arms. He earned an MBA from George Mason University and completed graduate work in the International Operations Management Program at Oxford University.

He has been active on a number of Boards and has competed in 26.2-mile marathon runs. His wife, Charmaine Yoest, Ph.D., is a Vice President at the Heritage Foundation and a former Director White House Office of National Drug Control Policy. She was an Assistant Secretary of Health and Human Resources, a trillion-dollar secretariat in the Trump Administration. She is also the former President and CEO of Americans United for Life, a public interest law firm.

They live in the Washington, DC area and have five children. Professor Yoest is the #InSufferableParent.

Their eldest daughter is an NCAA National Crew Champion at The University of Virginia, now on the masthead of a major publication and small business owner.

Their eldest son was a pitcher and CAA Champion at The College of William & Mary now a 1LT in Army Aviation flying Blackhawk helicopters.

Their middle daughter rowed and was a Patriot League medalist and president of the Physics Club at Bucknell University, now a physicist at the Johns Hopkins Applied Physics Laboratory.

Their youngest daughter was a backup singer to Eric Church and studies Music Business and Cheers at American University.

Their youngest son hit a home run at Cooperstown and a freshman starter on his high school football team.