Ryan Adams currently serves as Director for State Government Relations for Bob Riley and Associates, a government affairs firm with offices in Montgomery, AL, Birmingham, AL and Washington DC, founded by former Alabama Governor Bob Riley. Prior to joining BR&A Adams served as the Governmental Relations Director for the Alabama State Personnel Department. In this capacity, Adams was responsible for shepherding legislation through both chambers of the Alabama Legislature to benefit the taxpayers of Alabama.

During the 2016 Primary election in Alabama, Adams took a leave of absence for SPD to serve as political director for a United States Senator. Adams assembled a political team that routinely shattered records in grassroots operations. In less than eight weeks Adams' had knocked over 250,000 doors. On Primary Election Day, Adams’ team pushed his candidate to virtual reelection with a vote share of 65% in a 5-way race.

Formerly, Adams served as executive director of Alabama 2014 PAC. This political action committee chaired by Gov. Riley with the sole purpose of growing the Republican supermajority in the Alabama Legislature. Throughout the 2014 election cycle, Adams and his team successfully fended off a $20 million campaign by the Alabama Education Association to oust leadership in the state legislature.

Previously, Adams was a grassroots training coordinator with the Leadership Institute in Arlington, VA. During his time at LI, he traveled the country and trained thousands of conservatives in the art of grassroots campaigning.

Before joining the team at the Leadership Institute, Adams served at the deputy political director for a state political party. During the 2010 election cycle, he recruited and supervised a regional field staff throughout northern Alabama, and assisted in planning and implementing the party's 2010 ballot security initiative, the largest undertaking of its kind by any political party in Alabama. Due to the hard work of Adams and his team, the party claimed all statewide elected offices and its first majority in the state legislature for the first time in 136 years.

Prior to the 2010 election cycle, Adams served as a field representative for a state political party. He was embedded with a congressional campaign and oversaw the implementation of its grassroots strategy. After the 2008 election, Adams served as the grassroots coordinator for several highly contested state legislative races. 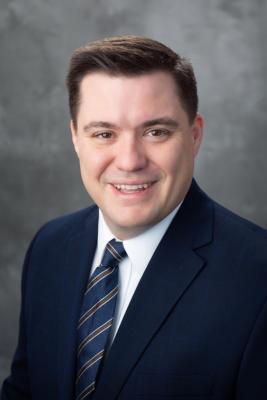