Ashley MacLeay was elected in 2016 to a four-year term as the at-large representative for the DC State Board of Education. The board advises the State Superintendent of Education on educational matters and provides policy leadership, support, advocacy, and oversight of public education throughout the city.

When not serving on the State Board of Education, Ashley is a director at the Independent Women's Forum, an organization that works on policy issues that affect women and families. She was a 2016 Washington, DC fellow for National Review Institute and regularly speaks on issues affecting women in politics.

Ashley is actively involved in the DC community. She serves on the board of directors for the Junior League of Washington, is a member of the advisory council for the Washington Literacy Center, and promotes literacy development by working with several area nonprofits.

Ashley lives in the Ward 6 neighborhood of Capitol Hill with her husband, Geoff, and their personality-laden cat, Destroyer. An avid Nationals fan, Ashley loves to show her Natitude. 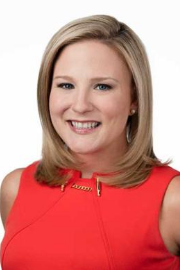