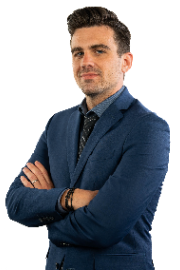 
Ben Cook is Correspondent Editor for Campus Reform. He is completing his PhD at Syracuse University, previously graduating from the University of Central Florida, where he studied philosophy and political science. Ben has published professionally in the field of philosophy and has taught courses on political and moral theory. He also served as Fellow at the Jack Miller Center's Summer Institute on the republican tradition.