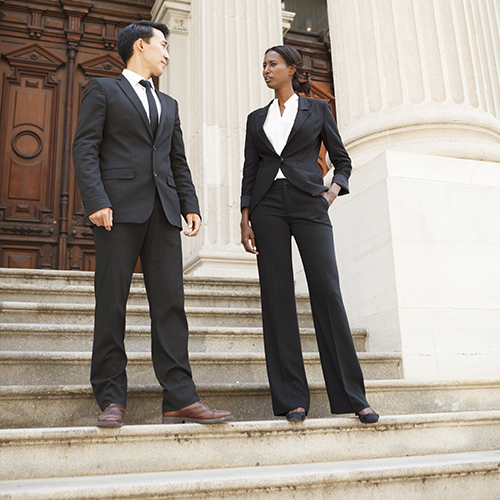 You should be getting a lot smarter now. That's not because almost everyone will now tell you how smart you are. They will, of course, like never before. Even your old friends will laugh much harder at your jokes. But saying you're smart doesn't make it so.

The reason you're likely to be smarter is that you're no longer a candidate. Every candidate promptly loses about 30 I.Q points. Most people recover some of that loss if they win. Losers sometimes make an even more rapid recovery of good judgment.

As a winner, you face a new set of problems and opportunities. And as an old friend and close ally, I hope to catch you now, while the possibilities are all open, with the best advice I can give.

The most important decisions you will make right now are personnel decisions. Personnel is policy. If you pick staff who genuinely share your policy priorities, you're likely to achieve much of your agenda in office. If not, you probably won't be able to do very many of the important things you now hope to do.

The people you hire necessarily must make decisions. If you could make all decisions for them, you would not need to hire them. As my grandmother often said, "Why keep a dog if you're going to bark yourself?"

Instructing people who don't share your beliefs to make decisions based on your beliefs doesn't work very well. Sometimes it causes disasters.

In a subordinate, principles without competence can be dangerous and certainly is ineffective for you. But competence without principles can be deadly. Hire people whose loyalty to you is based on your principles, not on your ability to advance their careers.

Conservatives make a great mistake if they think:

I'm as conservative as one can be and still be responsible. Anyone to the right of me is to that extent irresponsible. So I'll hire only people who exactly share my philosophy and those who are to the left of me.

If you base your hiring on that thinking, you'll inevitably be dragged to the left by your staff. You'll undermine your political base. And you'll fail to do most of what you now hope to do.

You can't hire only people who share your exact beliefs. No two people truly agree on everything. You should hire as many people to the right of you as to the left of you.

If significant political forces which supported your election decide you can no longer be the object of their affection, they will make you the object of their pressure. And when you run into a few troubles, as every elected official does, they won't instinctively jump to support you. They will ask themselves, "Why bother?"

Keep the faith. You can't make friends of your enemies by making enemies of your friends. Learn to live with the reality that some people won't like you if you do what you were elected to do.

No matter what you do, some people will be your enemies. They will never love you, so don't worry about trying to make them love you. You can make most of them respect you, though. If you work at it, you can learn better the art of how to say unpleasant things pleasantly. If you keep your word, you can keep your friends and win at least respect from most of your enemies.

For most people in your coalition, you are not the center of the universe.

They know they are in a long ball game. You may have the ball right now, but their long-term interest is to win the game. So you have to show them by your actions that your main interest also is to win the game for them, not just to be the star who gets his picture in the newspapers.

The media are not your constituency, even if they think they are.

Focus on your base. Write to them. Meet with them. Honor them. Show yourself to be proud of them. Support their activities. Show up at their events. Help other politicians and activists who share their priorities. People expect politicians to be selfish, so they specially love politicians whose actions show them to be unselfish.

Liberals in the media failed to defeat you. Now they will use carrots and sticks to tempt and to intimidate you. They will define any betrayal of your coalition as a sign of "growth." Don't fall for that nonsense.

The only way you can get the liberal media on your side is always to betray your supporters, which you know would be political suicide.

Media people on the left operate on a double standard. They can forgive a liberal politician almost anything. They hold conservatives to an absolute standard. You could occasionally please them by breaking with conservative principles, but they would make sure to rub it in so your supporters would never forget how you disappointed them. And when you get into any political difficulty, you can never expect any mercy from the liberal media.

The local, state and national political landscapes are littered with the moldering wrecks of the careers of politicians who won conservative support by giving their word on conservative principles and then broke their pledges.

Every issue that is a key priority of an important element of your coalition should always be a priority for you.

In a system of separation of powers and checks and balances, most people realize you can't accomplish everything you'd like to. But you must say and do things which prove you are doing the best you can to live up to your supporters' reasonable expectations.

Complete victories are delightful but rare. You should prove yourself willing sometimes to win only incremental victories and sometimes to fight losing battles for good causes.

Curious as it may seem, a politician rarely hurts himself when he fights in a principled way for a cause which loses or against a cause which wins.

Be cautious about making promises, but once committed, keep your word no matter what. You have two things, your word and your friends. Go back on either and you're dead in politics.

Let me know whenever I can be of help.